My last day in USA, I was excited to be this close to Canada and thought it would be a sweet days ride, Oh was I wrong. Haha I had to work for every mile and it was the hardest day Id had.
I set google to take me from Ellsworth to Calias and it said I would be going up Route 9, so I thought sweet. The start was cool and then I went onto Gravel which I didn’t think much of until the road got crazy soft and s andy , then narrow and hilly. You should have seen me slipping and sliding and swearing all over the trail. I was laughing at myself but shitty myself at the same time. Not sure how I didn’t have a big crash. Trusty Surly bike and Bob trailer did real well. 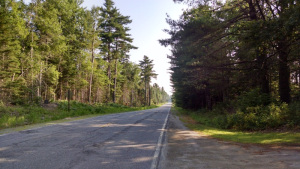 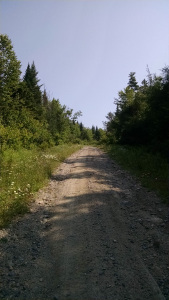 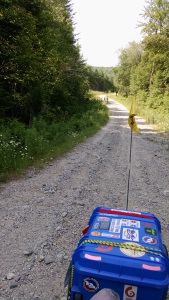 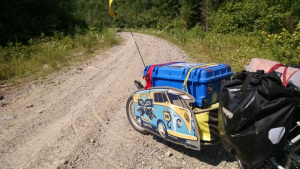 I was down to a walk as the narrow tires just couldn’t stay straight.
As you could imagine I was struggling just to push my baby and yes I did crash again haha. 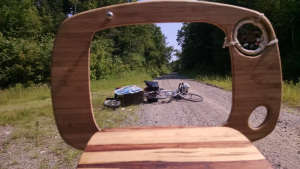 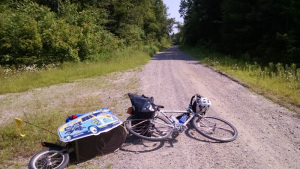 I was way out the back of who knows where and even though I was loving it I was thinking where was route 9. It took me about 3 hours of struggling to find the highway again and you would have thought Id been away for days. Bloody felt like it. 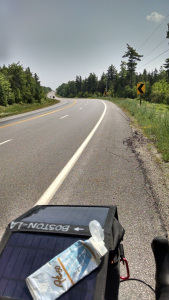 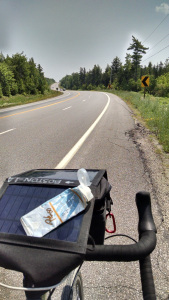 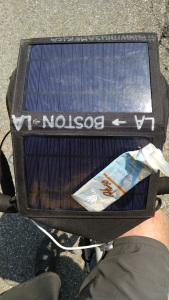 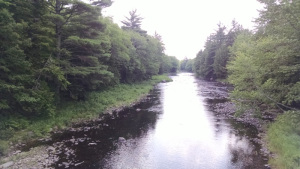 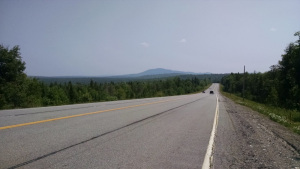 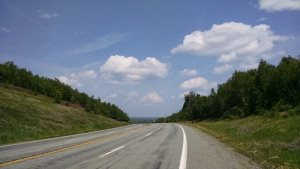 Then it was just straight up the road and to add more hardness it was hilly as. Up or down I went , the sun was strong as and beating down on me, then there were no towns, not even houses to stop and ask for water. Luckly I had my gallon with me and it just got me to Hilltop dinner, The lady said “are you ok” when I walked me and I answered with “ Ice cream and Coke please”. I needed to cool the inside of me and get some sweetness in me. I was there about a hour. 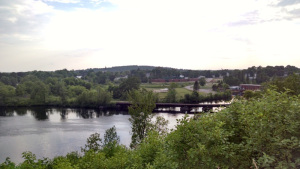 I made it to Calias and it was around 7.30pm, I wasn’t planning on going over the boarder until the morning but when I saw no real spots to camp I decided to head over as it looked not so built up . I got through the customs with no real drama, they just couldn’t get there heads around what I was doing and it took a bit of googling me and 100 Mile Club to convince them haha . 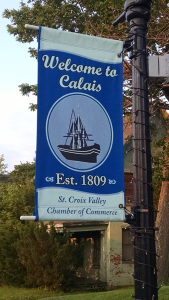 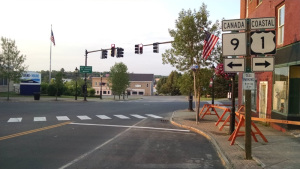 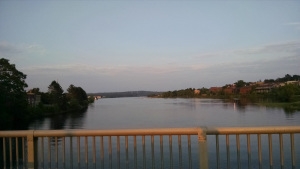 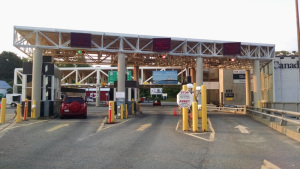 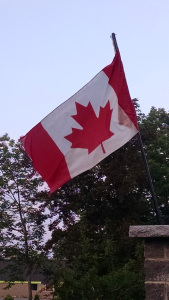 By this time it was late and then I found out the time was a hour later here so instead of 8.30 it was 9.30pm, sun going down real fast I went off looking for a camp site, First I saw a camp ground but when I got to it was a persons house, Then my light died and the dash was on.
I found a small lake and a gap in the trees so I dropped in and set up, this was the quickest I have ever put a tent up as the mossi”s were epic, Looked like a bomb had gone off but I was in and then the killing began. There were 15 mossi’s inside and I knew they would eat me all night if I didn’t get them all.
That sorted and happy I was lying down I watched a bit of a movie and it was lights out. The alarm was set a hour later for tomorrow as Id had a big day doing 100 miles. But I was in CANADA and happy to be here.