Jumped out of bed keen to get going early but found it was pitch black outside and the road I was heading up was narrow as aye so chilled out for a longer breakie and a extra cuppa and headed off at 7am. I had a light on & high vise gear on me and the buggy just to make sure. It wasn’t to bad. 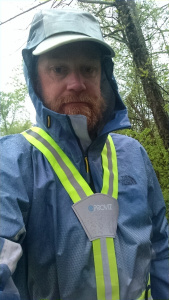 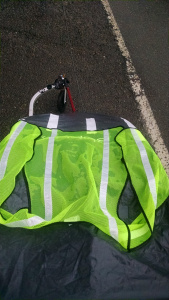 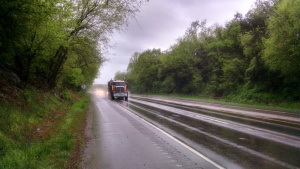 About 5 hours in the rain stopped for the most and I was now on 11E highway which had a great shouder but a mean angle so the buggy wanted to hang a right turn pretty wicked so had to hold him back a lot. It was pretty green and I went though a lot of towns , stopped in for macca’s as its 2 big macs for $4, can’t beat that. 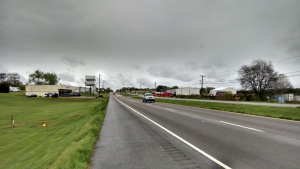 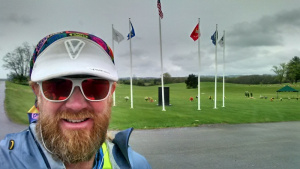 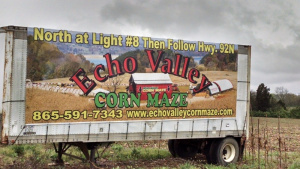 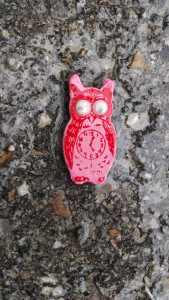 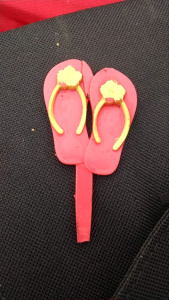 As you can see the beard is going wild and I have a undercut under my dreads at the back and it had gone wild and long too, I had been looking for a Barber to go to but when I past them all they looked busy until today. I walked in and Ricky Greene was the man to sort me out. He gave me the cut for free and then donated a $100 to the 100MC. Such a legend. Cant thank you enough sir, it was great to meet and chat with you, thanks for the blessing too.  Then I went though Morristown which had some nice buildings. 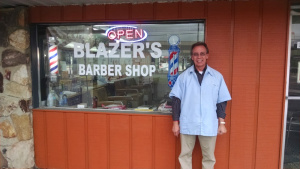 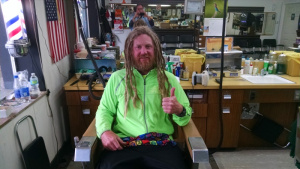 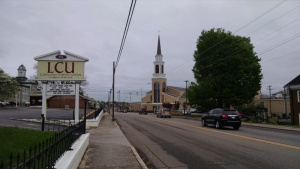 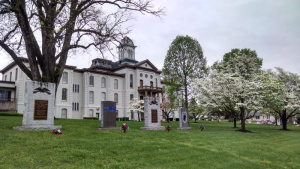 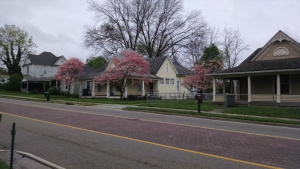 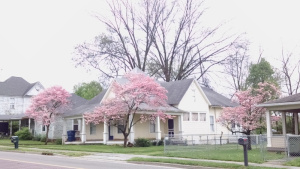 I was out there for a long time today as I wanted to get some miles in with the longer nights we have now. I found a nice church with this awesome outside covered area and thought I was in here, I waited until they finished singing songs and having a chitchat  to then ask the nice man if I could stay there. He said NO, haha I couldn’t believe it, then his mate said I hope God can help you find a place, I laughed and thought “He didn’t help me now” . Nevermind they had had some V andals in the area and he was a bit scared. So I headed up the road which was now getting dark to find a small group of trees and I quickly jumped in them and set up camp. Ill be gone before they know it . I got 41.84 miles done today which was few more than hoped , good stuff. 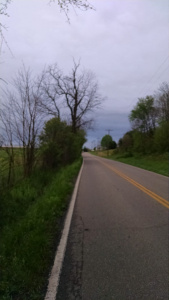 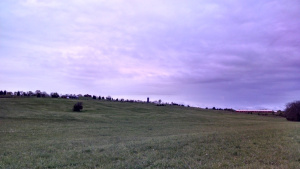 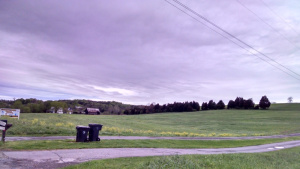 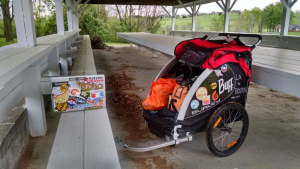 Its 9pm already so I better get some sleep. Nite all.