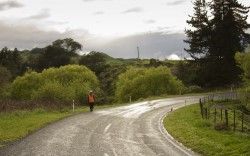 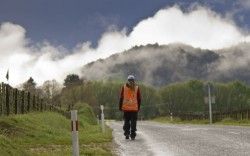 We started the day as always with my walk to warm up and I wasn’t feeling it straight up so walked 5 mins longer. The weather hasn’t been great the last few days but when the sun popped out we were getting such amazing views, clouds and the shine on the bush is something special. 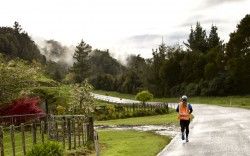 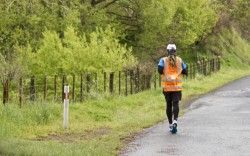 Once I got into my step I was feeling great and all the ups and downs couldn’t bring me down. 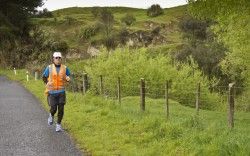 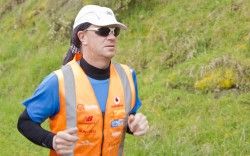 Hey that kinda looks like I might have lost a chin or 2, about bloody time, all this running something better be happening. Not getting any lovin so hope the fat is falling off. 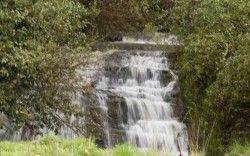 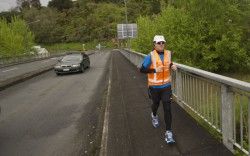 All the rain has made alot of waterfalls which I love. I can hear them as I’m running along and when they pop out it’s just awesome. 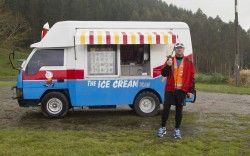 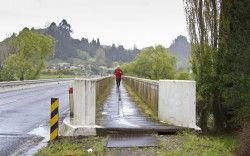 Had a break at 17km but as I was just at 20km Mr Whippy was on the side of the road. It was pissing down rain but I couldn’t say no, and the nice man hooked me up with a free one, Legend!!
Then it was a left turn and over the bridge and we were heading back into the mountains for me to get some more hill training in. 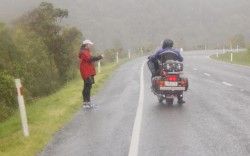 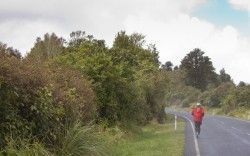 I saw this hill coming and as I have lately I thought well I’ll try run this one too. As I watched my GPS watch tick away and the kms were starting to add up this hill just kept going. Not wanting to give in I just kept going. All sorts of rain came down and real heavy and then some hail which was a first but we are in the mountains.
Then Robert Scott on his bike did a u-turn and came and said hi to then tell me he had run NZ a couple of years ago. So amazing to have someone stop and say that. He was not like this dickhead and he had run the normal straight line right up the guts. Awesome to meet you Robert and I’ll be up in Northl and in a couple of weeks to get that coffee from ya. 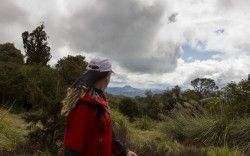 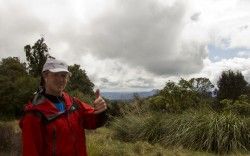 A quick stop for a photo when the sun came out and showed us what I hoped we would see, just a great view back down the valley. Love this run, it’s showing me some special places. 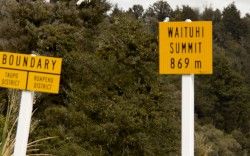 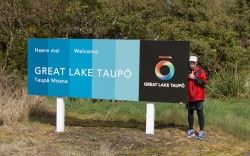 As I was saying about that hill, well 15km later I made the top, yes and I had only stopped for a minute to say hi to Robert. I smashed it and was super stoked to have. The fitness is getting better which is great as I have alot of hills to go yet. Keep going old man brown.
On the way down the other side we found we were heading into Taupo which I was waiting for. Has been a long few days in the mountains and back roads, no cars which was a bit lonely but seeing that showed me we are getting somewhere when I look at the map.
Big day tomorrow as we are hitiing the 2,000km mark. Oh yeah baby, who would have thought I would have ever made it this far – let’s be honest now aye Rusty Gilbert. But I know now that I have under a 1,000km to go and let me tell you that is an amazing feeling. I can start to count down slowly of course and try and finish this run off. Left foot, right foot, smile, left foot, right foot, smile. That’s the way I do it.
Today’s Route – Zoom out to see where I ran…